Rep. Carter, who represents Texas’s 31st district in the US Congress, is certainly not alone in his assessment. The Austin area has been long recognized as an emerging tech hub, dubbed the “Silicon Hills” and covered extensively by national media such as Business Insider, Forbes, and Bloomberg. The metro Austin area has been topping the list of fastest growing cities in America for years, as more businesses move operations or open their doors in the Texas capital.

Back in 2013 – when SparkCognition was born – our founder & CEO Amir Husain was intimately familiar with this trend, having previously built and sold two Austin-based tech companies. Even before opening SparkCognition’s doors, Husain was determined to create a business that would help propel Austin to become a national leader in artificial intelligence (AI). This determination was woven into the fabric of our company since day one – and we’ve been working ever since to bring top minds, leading companies, and international investors right to our backyard. Since the early days of SparkCognition, we’ve partnered and worked with some of the world’s largest companies in critical industries like aerospace, energy, and technology. We consider it essential to develop a deep relationship with these leaders, bringing their talent and business into Central Texas and establishing the region as an AI and aerospace corridor.

In November 2018, we took our relationship with The Boeing Company to a new level through the launch of a joint venture called SkyGrid. As unmanned aerial vehicle (UAV) technology improves, and our future trends towards autonomous systems, SkyGrid is focused on delivering the world’s first airspace system built on AI and blockchain. Backed by Boeing’s 100+ years of aviation experience, and powered by SparkCognition’s proven AI technology, SkyGrid enhances airspace safety and security by automating UAV flights, blocking malicious activity, and predicting drone maintenance.

SkyGrid is just one example of how we’ve worked to bring external investment and resources to Austin. In May 2020, we launched SparkCognition Government Systems TM (SGS), the world’s first full-spectrum AI company devoted entirely to government and national defense. This work was not entirely new to us. We have collaborated with the national government and military innovation groups in Austin, such as AFWERX, for many years—as we believe AI adoption and innovation by the government is critical. Some of the most experienced and decorated leaders in government and national defense helm SGS, working extensively to build up Austin as a key hub for AI and defense innovation.

Central Texas as a hub for AI research

At the heart of every tech company lives the scientific foundation upon which its products and solutions are born. Central Texas boasts some of the most distinguished public institutions for higher education focused on AI, including The University of Texas at Austin, which has been ranked fifth nationally in artificial intelligence among public universities.

With UT Austin just miles from our headquarters, not to mention quite a few Longhorn alumni among the SparkCognition team, we identified no better academic to lead our internal research group than two-time Chair of the UT Computer Science program, Professor Bruce Porter. This group, formally established in 2019, counts among its members some of the leading minds in the field of AI, including inventor of the ethernet Bob Metcalfe. Our research team works to produce scientific accomplishments in autonomy, automated model building, anomaly detection, natural language processing, industrial applications, and foundations of AI. This has led to significant strides in developing state-of-the-art AI algorithms and systems, with over 120 patents granted or pending in the US and globally.

Considering SparkCognition’s ambitious goals to advance the science of AI and push Austin to the forefront of AI innovation, we recognized the need for a physical hub to bring research and commercial applications together—where we can explore how AI software interacts with the physical systems it applies to. In May 2020, we opened “Building One” of HyperWerx, the world’s first aerial-terrestrial autonomy integration facility, located in Florence, Texas.

As HyperWerx partners, SparkCognition, SkyGrid, and SGS are building and testing several different systems, ranging from experimental to production systems that will be used to support both commercial and defense customers. These experiments give the SkyGrid team an opportunity to experience first-hand things like: the limitations of commercial systems; the peculiarities of GPS receivers; image enhancement technology; and the criticality of sensors and flight controllers. HyperWerx serves as a home-base for the SGS team to explore how proven commercial technologies can be leveraged to design and deliver tailored solutions to meet government readiness requirements, including applications such as maintenance, UAVs, and sensor technology.

Building One is the first of many phases envisioned in the development of the campus. Future additions of facilities and capabilities will include new structures, test ranges, and support for industry specific scenarios.

Working with local leadership and community

Long before we broke ground in North Austin to build HyperWerx, we committed to aligning our goals with those of the local community and its leadership. We’ve worked closely with local educational institutions to enrich the students’ technology experience and build up local talent across UT Austin, Southwestern University, and various high schools in the area.

We’ve hosted visits with local leaders, including the Mayor of Florence, Texas, Mary Condon, Florence Chamber of Commerce leadership Peggy Morse and Ben Daniel, and Texas State Congressman Rep. John Carter. During these visits, we showcased the kinds of technology and innovation happening in Rep. Carter and Mayor Condon’s respective districts, including demonstrations and discussions about how HyperWerx can help make the region the premiere experimental AI destination.

We remain proud to work with companies, researchers, and government officials committed to driving tech innovation forward in Austin and Texas, and we know this is just the beginning.

Reflecting on his visit to the HyperWerx campus, and the state’s growing tech sector, Rep. Carter expressed, “We are seeing immense growth in the area and I look forward to our community embracing companies like SparkCognition that bring jobs to the area and innovation to the world’s problems.” 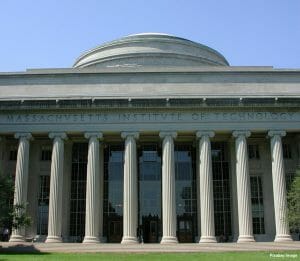 The State of Education in Artificial Intelligence