The winners have been chosen from thousands of entrants, whittled down to hundreds making the trip to California. The ceremony, led by Red Herring chairman Alex Vieux, was preceded by two days of keynote speeches, discussions and finalist presentations. 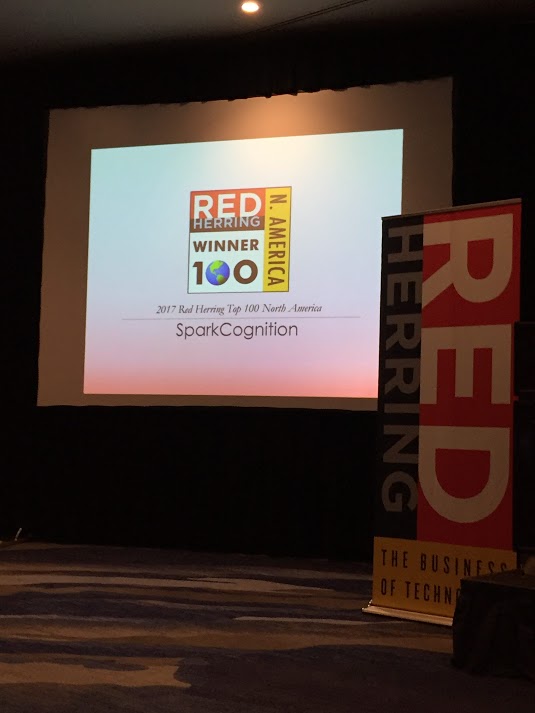 Industry experts, insiders, and journalists scored the companies on a wide variety of criteria including financial performance, innovation, business strategy, and market penetration. Winners ran the gamut of verticals, from fintech and marketing to security, IoT and many more.

Red Herring’s editors have been evaluating the world’s startups and tech companies for over two decades. It gives them the ability to see through the industry’s hype to pick firms that will continue on a trajectory to success. Brands such as Alibaba, Google, Kakao, Skype, Spotify, Twitter and YouTube have all been named in Red Herring’s storied history.

“2017’s crop of Top 100 winners has been among our most intriguing yet,” said Vieux. “North America has led the way in tech for so many years, and to see such unique, pioneering entrepreneurs and companies here in California, which is in many ways the heartland of the industry, has been a thrilling experience.

“What has excited me most is to see so many people forging niches in high-tech and cutting edge sectors,” added Vieux. “Some of the technical wizardry and first-rate business models showcased here at the conference has been fantastic to learn about. We believe SparkCognition embodies the drive, skill and passion on which tech thrives. SparkCognition should be proud of its achievement – the competition was incredibly strong.”

Following SparkCognition’s Top 100 win, [they] are invited to the next step, which is to present [themselves] at the Top 100 Global event in November that will encompass the best-in-show from the Top 100 Europe, North America, and Asia. Red Herring is dedicated to support SparkCognition’s continued path to success and innovation.

Want to learn more about SparkCognition? Take a look at the webinar we presented with SANS, “How to Use the Power of Artificial Intelligence to Minimize Your Cybersecurity Attack Surface.”