SparkCognition’s annual conference Time Machine is the only summit of its kind, gathering global executives, cultural innovators, and industry trailblazers who are advancing society by applying tomorrow’s technology today. As Time Machine rapidly approaches, we’re excited to highlight some of the incredible speakers and the contributions they’ve made to their fields of expertise.

Visit our website www.timemachine.ai to see other confirmed speakers for this year, and be sure to register now before seats fill up.

Berlin is a neuroscientist and professor of psychiatry at the Icahn School of Medicine at Mount Sinai, exploring the neural basis of impulsive and compulsive psychiatric and neurological disorders with the goal of developing novel treatments for issues that so many suffer from. As she commented in her 2017 TEDx talk, “You are your brain, but you also have a role in shaping it.”

Her research has been widely published in top journals in the field, but that’s not all she does. You might well have seen her hosting “Startalk All-Stars with Neil DeGrasse Tyson,” PBS’s “Science Goes to the Movies,” or the Discovery Channel series “Superhuman Showdown.” Or perhaps you’ll recognize her from her appearances on the BBC, the History Channel, Netflix, National Geographic, or the film “Bill Nye: Science Guy.”

Dr. Berlin isn’t just interested in plumbing the mysteries of human consciousness—she is known for her active outreach, boosting the public’s understanding of those same mysteries. The most unusual item on her resume? In 2014, Dr. Berlin co-wrote and starred in a critically acclaimed theatre show “Off the Top,” about the neuroscience of improvisation.

Essentially, Dr. Berlin is both an incredible scientist and a fearlessly creative mind—exactly the kind of person we need as we begin to hammer out what the coming age of AI will look like, how new technology could create a revolution in psychiatric treatment, and what it means to be human in a world where AI technology could well be integrated with the brain itself.

Want to hear her speak? Register now for Time Machine 2018 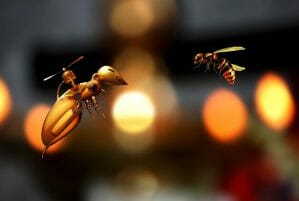