The 4 Most Exciting Conversations About AI at SXSW

Though Austin, the site of SparkCognition’s headquarters, is known for having a vibrant tech scene, this is never more true than during the South by Southwest (SXSW) festival. Tens of thousands of people from all over the world flock to the city to exchange ideas and showcase art and technology.

Artificial intelligence was a popular topic of conversation this year, including contributions from our Founder and CEO, Amir Husain, and General Manager of IIoT, Usman Shuja. Throughout the conference, many panels focused on the industry’s most monumental achievements from the past, including Jeopardy! (which Watson won in 2011), AlphaGo (which beat a human in 2015), and Google Translate (which incorporated neural networks in 2016). The discussions around older innovations begged the question, “What’s next?”

To follow SXSW, this question is being answered at SparkCognition’s annual conference Time Machine. The conference, held in Austin November 6-7, explores how AI is transforming industries, relevant case studies, and novel research. Here’s a glimpse at last year’s event, and this year promises to be bigger and better.

That said, there were some truly fascinating ideas being debated by brilliant minds. Here’s a summary of the most interesting conversations during SXSW 2018 (outside our own, of course).

Session Title: Exploring Innovations in AI
Panelists: Adam Cheyer, Daphne Koller, Loic Le Meur, and Nell Watson
With the co-founder of Siri (Cheyer), a co-founder of Coursera (Koller), and an AI ethicist (Watson), this panel did a deep dive of the capabilities of AI and what the future holds. A large part of the conversation was balancing the power of AI with people’s fears of general intelligence. The panel seemed doubtful general AI is coming soon, with Cheyer pointing out we have made a little progress with generalizing across tasks, but “nowhere near what a 2-year-old can do.” The panel also pointed out that calculators are in a way, smarter than humans, but no one fears them, and Koller added that, “Planning how to prevent machines from doing things that we don’t even know that they want to do seems premature.”
Watson provided some particularly interesting ideas about how to teach machines the values we have (part of her work with EthicsNet). This is particularly important as she believes people may be employed by machines someday!
Choice Quotes: “We are a biological AI system that happens to be implemented in a primate.” – Nell
“I’ve been working in AI for 30 years, and in the past 8 years there are things that I never thought would happen in my lifetime.” – Adam

Session Title: Democratizing AI
Panelists: Joanne Chen, Megan Smith, and top thought leader Fei Fei Li
The panel agreed artificial intelligence is one of the most promising technologies of our time, available for use anytime there is data and a clear application. Thus, they argued, there should be a sustained pipeline to create more, to innovate, to bring this technology to people, and that begins with people designing it. Smith shared that when struggling to increase diversity in a meetup group, she started simply inviting people to come. This increased diversity from 8% to 22%.
The panel also took democratization to a larger sphere, explaining that AI is not the property of a few Silicon Valley giants, but should be brought together with the humanities and social sciences to study the impact on society. Li, fresh off an op-ed on the subject, emphasized that at its core, AI must be human-centered, with the ability to communicate, interact, and collaborate.

Choice Quotes:
“It almost feels like we’re done with the Turing test.” – Li
“It’s hard like, writing a hard paper, not hard like Einstein. Go to meetups!” – Smith

Session Title: AI Will Feed a Growing Planet
Panelist: George Kantor
I would not have believed that one of the most interesting panels I attended would be about farming but Dr. Kantor certainly proved me wrong. He first walked through the incredible abilities of AI-enabled farm equipment that can, for example, measure the angle of leaves coming off a stalk to detect if there has been pest damage or make a georegistry of grape density in a field.
However, he also pointed out that the human population is growing faster than the food supply, and that these high-tech farming techniques won’t work in countries where tractors may not be available. To that end, he also shared his work at producing better seeds, a process sped up by robots that accelerate the field trial period.
Choice Quote: “Computer science doesn’t just include number crunching, it also includes social science.” – George Kantor

Session Title: Humanizing Autonomy
Panelists: Liesl Capper Yearsley, Sophie Lamparter, Alexander Mankowsky, and Maya Pindeus
One of the most interesting points of this panel was actually brought up as a side conversation. While discussing the idea that AI should be human-centered, Yearsley brought up that AI assistants should not go so far as to be submissive. She shared research that if people are allowed to behave abusively towards an AI assistant, they transfer that behavior to other people. Thus, she hesitates to hand over AI that just makes people feel good.
Choice Quote:
“Humans aren’t input/output machines. We’re fluid beings.” – Mankowsky 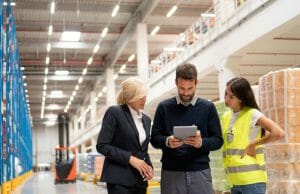 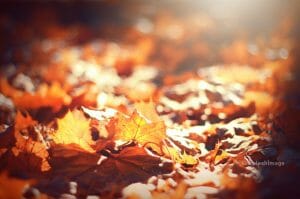 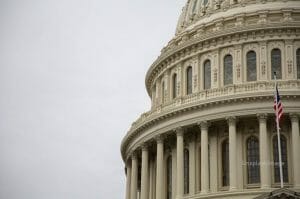