Few industries adapt as quickly to consumer wants and needs as the manufacturing industry. As fast-moving consumer goods such as food, beverages, and household products require routine replacement or replenishment, consumer-packaged-goods (CPG) manufacturers and plant owners must be at the top of their game throughout the entire supply chain process to meet and exceed those needs while also maintaining quality product output. However, while purchasing behavior constantly evolves, so do attitudes, including consumers’ attitudes towards reducing waste and promoting sustainability.

According to a 2020 study carried out by IBM in collaboration with the National Retail Federation:

Sustainability initiatives are nothing new in the manufacturing industry, but that doesn’t mean CPG companies should stop looking for a new paradigm that will amplify their brands, make a positive impact on the global environment, and satisfy ever-evolving demands. From alternative packaging to more aggressive recycling practices, CPG companies play a crucial role in reducing waste while also maximizing production output. But one critical area where the industry can make a bigger difference to reduce waste is conserving water. 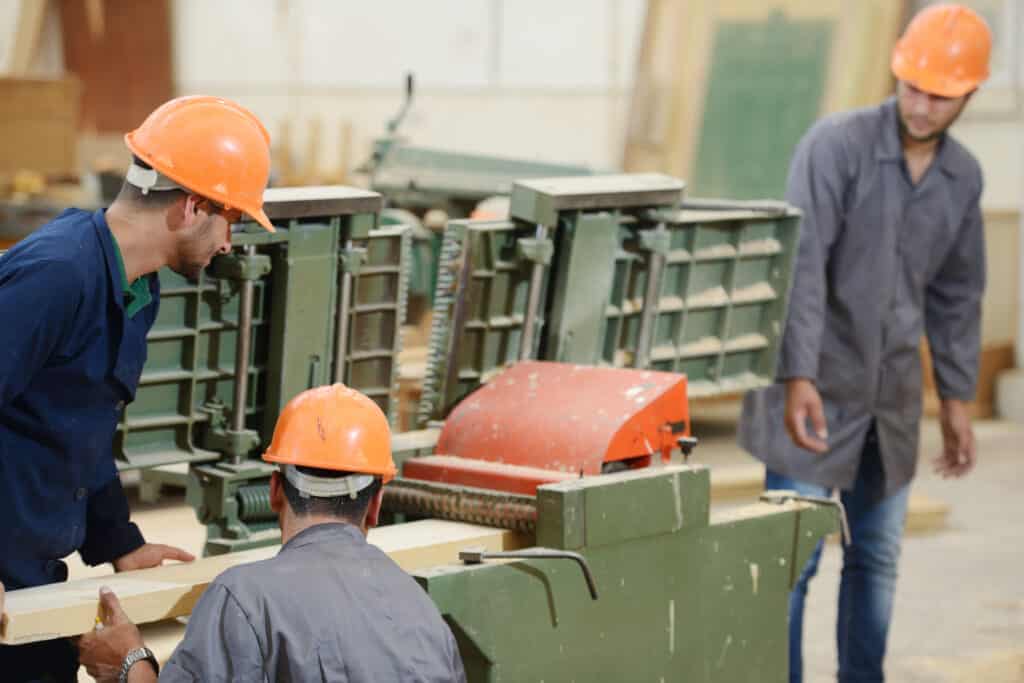 The Importance of Water Conservation for CPG Companies

Across the globe, we annually withdraw 4.3 trillion cubic meters of fresh water from freshwater basins, according to McKinsey & Company. Approximately 19% of that fresh water is used in industry, but the percentages vary widely by country. For example, the United States has a much higher than average water usage rate, with industrial usage clocking in at 37% (almost as high as agricultural usage (40%). Of the 410 named freshwater basins from which the globe draws water, 90 are considered high-stressed, which means that their ratio of total annual withdrawals to total available annual supply exceeds 40%.  Even worse, these 90 highly stressed basins account for 51% of all withdrawals.

Global population growth, increased urbanization, climate change, and a bevy of other factors are likely to dramatically increase future demand for water. According to a report from the International Resource Panel (IRP), almost half of the world’s population will suffer severe water stress by 2030, and demand will exceed supply by 40% within the same time frame.

Essentially, conserving the planet’s water is critical, and consumers know it. A 2017 Accenture study found that 62% of consumers in the United States prefer companies that align with them on current issues such as environmental sustainability. This presents a great opportunity for CPG companies to reduce waste and conserve precious resources in an effort to closely align with consumer expectations.

What Can CPG Companies Do to Reduce Waste? 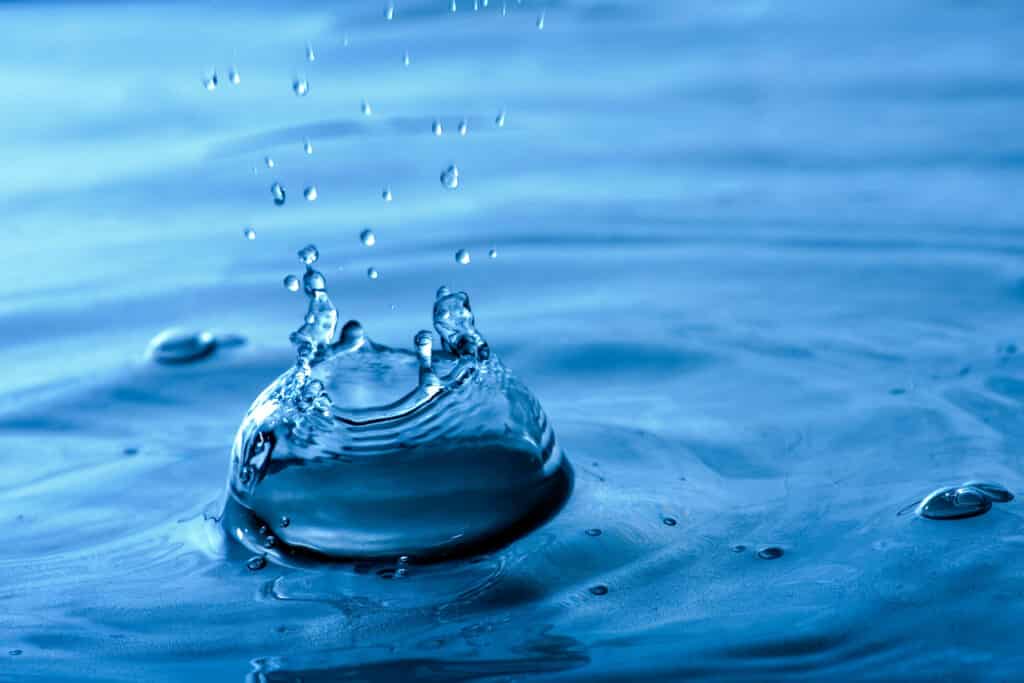 The US Census Bureau has estimated that the US manufacturing industry requires 18 billion gallons per day (GPD) of water for production operations, whether as an ingredient for products, to clean facilities, or to keep heating and cooling systems properly functioning. In some cases, hundreds of gallons of water are needed for just one dollar’s worth of output. Worst of all, the manufacturing industry is prone to experiencing leaks that waste a significant amount of water.

To address these inefficiencies, there is a significant opportunity for CPG companies to reduce waste by optimizing their manufacturing plants’ processes and monitoring the health of their production assets. As plant operations and assets deteriorate over time, they’re bound to waste even more water if a critical piece of equipment breaks. Operators are also responsible for monitoring the amount of water that equipment uses to achieve specific production key performance indicators. In many cases, they may not realize that they’re using more water than necessary to achieve an optimal level of output.

However, many manufacturing plants and their critical assets are already outfitted with sensors to collect production data, meaning CPG companies can gain actionable insights and total visibility to address inefficient operations. The best way for them to unlock the value of their data is by leveraging artificial intelligence (AI)-driven predictive analytics to reduce waste—whether that’s of water, raw materials, or otherwise.

The Case For Artificial Intelligence

According to the 2020 McKinsey Retail and Consumer Goods Bold Moves Survey, digital capabilities—such as advanced analytics and machine learning—are among the top capabilities considered the most important over the next 12-18 months. Historically, CPG companies have taken a largely reactive approach to address operational inefficiencies and the deterioration of critical assets. And while CPG companies are adopting emerging technologies such as AI and machine learning, they are often unclear on how to put their new plans into action to generate meaningful results—including reducing waste.

However, research from McKinsey has shown that AI adoption will likely create USD $200 to 500 billion of additional value for the CPG industry by optimizing management processes. With the power of predictive analytics enabled by AI, CPG companies can finally realize this additional value to stay competitive and promote sustainability.

The Role of Predictive Analytics In Reducing Waste 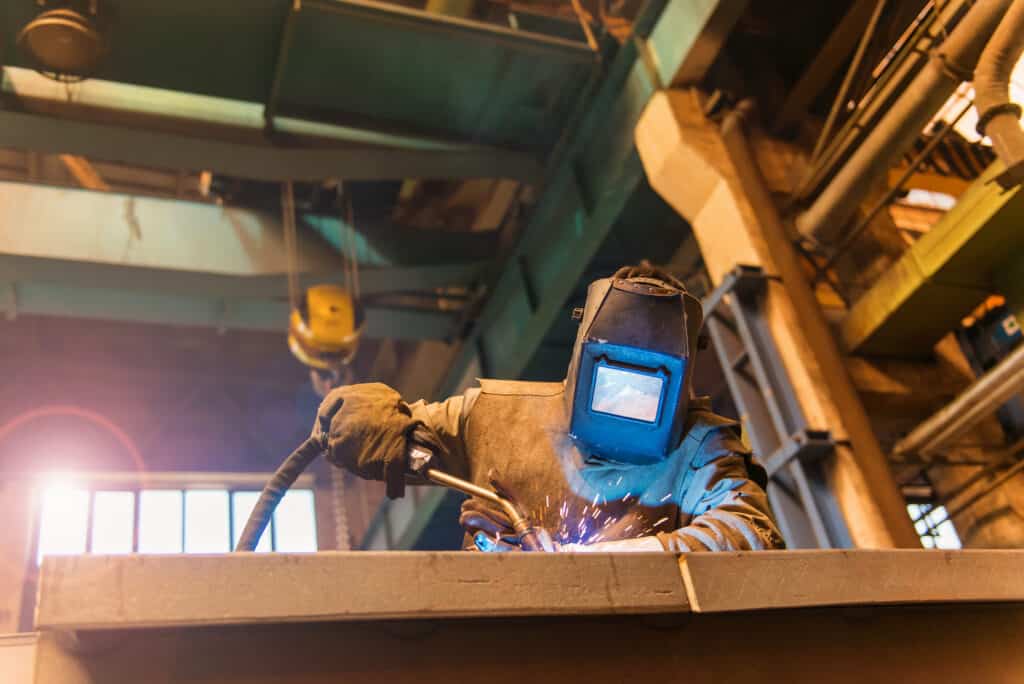 AI-powered predictive analytics is the CPG operator’s answer to monitoring the health of their plant’s operations. Through normal behavior modeling and anomaly detection, machine learning algorithms can ingest historical data from a plant’s operations and use that data to build a model that acts as a profile of what “normal” operations look like, such as how much water a beverage producer is using to create their product. If more water is being used than necessary, the model will alert operators of the anomalies and allow them to quickly take action before low-quality goods are created or more water is wasted—all without retrofitting existing processes. By having total visibility into operations, CPG operators can achieve and ultimately exceed production goals while also promoting operational sustainability.

Unplanned downtime can also generate significant waste. For example, a valve on a critical piece of equipment might break, causing production to come to a halt for extended periods of time and requiring expensive repairs. Even worse, there’s potential for significant water waste due to leaks. Rather than waiting for critical assets to break down, CPG companies can take a proactive approach by leveraging the sensor data they already have. Predictive analytics enables operators to perform predictive maintenance, allowing them to predict and prevent asset failures ahead of time. An AI-powered solution can analyze large volumes of data, identify anomalies, and alert operators to any impending failures days or weeks in advance. Research from McKinsey suggests that predictive maintenance generally reduces machine downtime by 30-50%, and increases asset life by 20-40%. Thus, by keeping assets up and running, CPG companies can avoid substantial water leaks and potentially catastrophic water damage to other vulnerable assets.

In a real-world example, leading industrial AI company SparkCognition worked with a Fortune 50 beverage producer that was struggling with operational efficiencies at their manufacturing plants. By leveraging SparkCognition’s SparkPredict® predictive analytics product, the beverage producer was able to identify process anomalies that caused inefficient water usage during both production and non-production time. With the solution, the beverage producer curbed asset downtime, increased production, and reduced waste to achieve its ambitious sustainability goals. 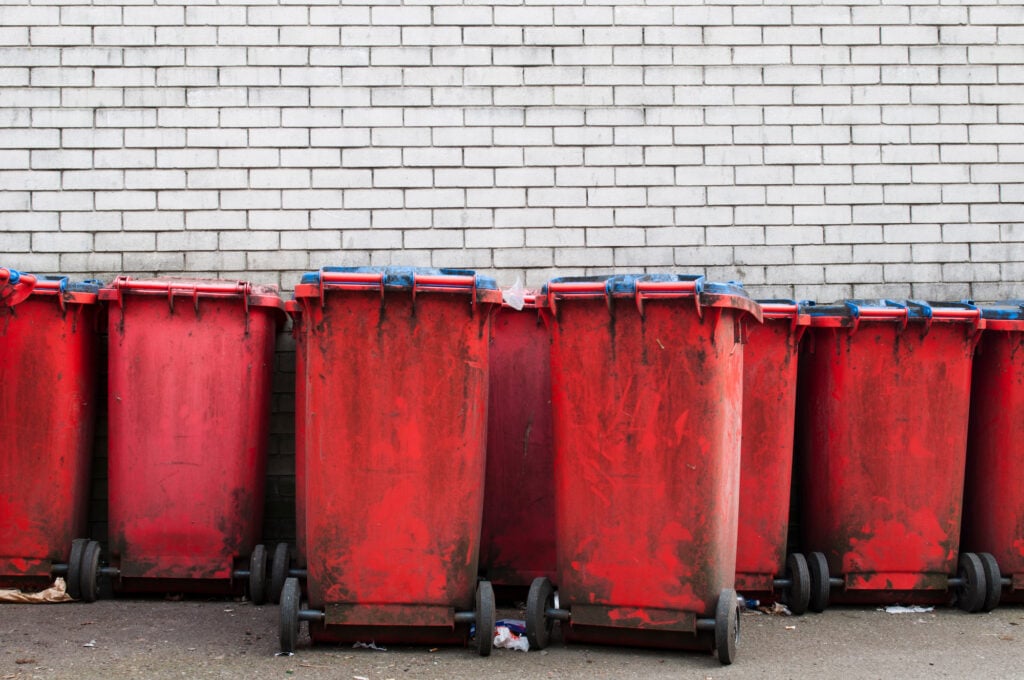 Artificial intelligence can help to significantly reduce waste in manufacturing processes, but that means there’s also an opportunity to support sustainability initiatives beyond manufacturing and across the whole supply chain.

For example, plastic is an appealing material because it’s inexpensive and versatile. However, it also poses severe environmental risks—especially if it ends up in the ocean. An estimated 100 billion plastic bottles are produced in the US each year; however, only one-third of those bottles get recycled. Rethinking how CPG companies use plastic for packaging consumer goods is one way to approach the problem, but AI and other emerging technologies have the potential to transform the way companies recycle plastic altogether.

To solve this problem, some recycling facilities have implemented sensors and AI-powered robots that can sift through materials and learn to identify recyclables and improve over time. The AI can recognize recyclables including cartons, plastic bottles, and other containers on a conveyor belt using image recognition technology. These gains in efficiency can effectively lower recycling costs, which in turn makes recycled materials a consistent and practical alternative to creating new plastic. This is promising for CPG companies wanting to use more recycled plastic in their packaging rather than relying on newly produced materials to reduce waste.

Using AI and machine learning to achieve zero waste may seem like a daunting task, but CPG companies have an excellent opportunity to increase this capability if they allocate more resources to it. As the CPG industry becomes increasingly committed to a more sustainable future, leaders and key decision-makers must acknowledge that adaptability is the new competitive advantage—one that will enable them to achieve their sustainability goals and ultimately align their organizations with their customers’ values.

Read our white paper to learn how your manufacturing company

can leverage AI technologies to reduce waste and downtime.