When Todd Peters, Chief of Safety & Security at the Adelson Educational Campus, first met with representatives from SparkCognition to learn about using visual AI technology to detect active shooter threats in real time, he made sure we understood all the ways his staff was currently protecting the school. The implied question we needed to overcome was: how could SparkCognition Visual AI Advisor augment the extensive measures they had already enacted to keep their students and staff safe?

Peters was a special guest speaker at last month’s School Safety: Preventing School Shootings with AI event at HyperWerx, alongside Travis Motal, Director of Secondary Education for Liberty Hill ISD. Motal described how Visual AI Advisor delivers 24/7 vigilance to empower administrators and safety staff with enhanced information and the largest-possible “barrier of time” against active shooter threats for the large Texas public school district. Peters shared his perspective on leveraging the solution at a considerably smaller private school in the city of Henderson, Nevada.

Lessons learned from a career in law enforcement

At the HyperWerx school safety event, Peters began by establishing his background as a retired deputy police chief with 25 years of law enforcement experience in Henderson (Nevada’s second-largest city and one of the fastest-growing metropolitan areas in the nation). He said that when he accepted the position at Adelson Education Campus, his first task was assessing the existing security program. The Adelson School is the only PK-12 Jewish community school in Nevada. It serves about 700 students divided among its lower and upper schools. Its 14-acre campus comprises state-of-the-art classrooms, science labs, a media/library center, art and music rooms, a performing arts theater, an aquatic center, a technology lab, an indoor track, tennis courts, and a soccer field. He quickly realized that he needed to secure any and all open doors as his first priority. “We knew, based on some of the recent school shootings, how important locked doors were . . . that was the biggest thing that we did.” While this took some getting used to for everyone—the students as well as the teachers and security staff—they soon adjusted.

Then, just two months into his new role, the horrific shooting at Marjory Stoneman Douglas High School in Parkland, Florida, occurred. He rapidly assembled a revised and even more robust plan to secure the school, including a mix of staffing and facility upgrades, to present to the board for policy and budget approval: “I’m thinking to myself, I’m a brand new employee here. I’m not established yet. They’re not going to approve anything.” But the board chairman was clear that they would provide their full support: “He said, ‘Todd, we need to protect those kids.’ So that was very emotional for me. And I said, ‘I’m on it.’”

Now five years later, Peters described how Adelson School balances a vibrant and happy learning environment with maintaining 100% vigilance towards possible active assailant threats. The campus stays on constant lockdown, with access card readers operating on every campus door except for the connecting area between its upper and lower schools (where students and teachers need the most flexibility). A wall surrounds the entire school, supplemented by well over a hundred surveillance cameras that watch activities inside and outside the perimeter. Peters’ team of armed and very well-trained security officers meticulously walks and inspect the perimeter every morning before school opens. Guards secure each entrance and exit during dropoff and pickup hours. Outside visitors are not allowed onto campus without an appointment—no exceptions. Every inch of the windows on campus features tinted and bullet and bomb-resistant glass. Peters emphasized that his security team maintains a high-profile presence inside and outside the campus perimeter to normalize security visibility for parents, students, and staff, as well as to provide a deterrence factor for any bad actors looking for soft targets. He also described the rigorous and regular training regimen he’s built to empower his staff, simulating and practicing how they will respond to threats with urgency and precision in real time.

Given all of these existing measures in place (infrastructure upgrades, ample budgets, an exceptional security staff, etc.) some security directors could conclude that adding Visual AI technology would only add redundancy. Peters explained his point of view: “I think everybody here today would agree that present-day security threats and events are increasingly prevalent. We live in a very dangerous world. Shootings in schools are happening more often. The perpetrators are more creative, and they’re much more dangerous.” He continued: “I eat lunch every day at 11:00 with kindergartners . . .  and I look at these kids, and I’m thinking, ‘how could anybody hurt an individual like this?’”

For Peters, Visual AI Advisor brought a new layer to his security mix that could not be underestimated—always-on proactivity. He continued: “So we established this working relationship with SparkCognition and, you know, we’re sending our school security program to a different level.”

After a product demonstration, Peters identified several key use cases where SparkCognition Visual AI Advisor would augment his team’s effectiveness. “So we were able to tailor a program specific to the Adelson School. We started with four [use cases] that were integrated into our existing system, you know, into our existing camera system. So we’re doing perimeter monitoring, facial recognition, weapon detection, and license plate recognition.”  He explained that if someone breaches the walls, “the system will lock on [to the intruder] with the facial recognition and the weapon detection technology, and it will start tracking the intruder as they start entering school property.”

“The thing that I like the most is . . . the system will help reduce the response time. Our goal is to reduce injury and loss of life. So the timing in these situations is critical. It takes the human factor out of tracking an intruder. So the person that’s sitting on the camera, instead of them clicking through individual cameras, trying to put out information to the responding security officers like myself, it takes the human factor out of it, where you can just concentrate on . . . putting out location information and then, the real-time threat assessments and notifications that can be pushed up toward desktops and smartphones. So those are the biggest selling factors for me.” He concluded his presentation by expressing, “I can’t really say anymore, but really good things about how [the SparkCognition team] has been professional and just very accommodating to what our needs are as a school.”

In a Q&A session wrapping up the day, Peters spoke about learnings he hoped the audience would take away: “Timing is everything in these situations. You know, it takes three to five minutes on average for police departments to respond to an active assailant situation. You have to do whatever you can [with that time] to mitigate that and make sure that you have a system in place that is going to be proactive.”

We want to sincerely thank Todd Peters again for participating in last month’s event. You can learn more about how Adelson School is leveraging SparkCognition Visual AI Advisor in this Las Vegas Review-Journal article: ‘If we can prevent one shooting … ‘: School uses AI to detect threats.

To learn more about our solution for school safety, download our free resource, Increase School Safety With Visual AI Advisor, or contact us to schedule a demonstration. 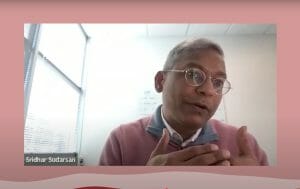 Why Visual AI is “Like a Goldmine” for Convenience Stores 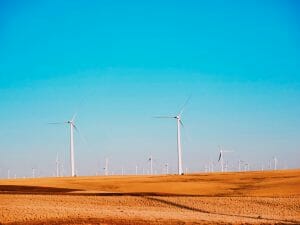 To learn where the renewable energy and oil and gas industries are situated as we begin the year, we spoke with Josh Fox, SparkCognition’s Director 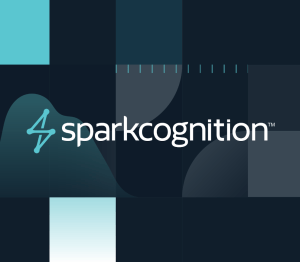 Can’t Miss Content: Learnings from our Visual AI for School Safety Event, 2022 in Review, and More

Remember December? It almost feels like a year ago, doesn’t it? If you didn’t catch these blogs, news articles, webinars, etc., the first time, here’s