The AI and future tech event of the year, Time Machine 2018, has officially begun! Time Machine is an annual summit where leaders across industries gather to showcase how the technology of the future is affecting change today. For those of you who couldn’t make it, know that you were missed. Since we couldn’t save you a seat, we’re giving you a rundown of all the highlights of day one. 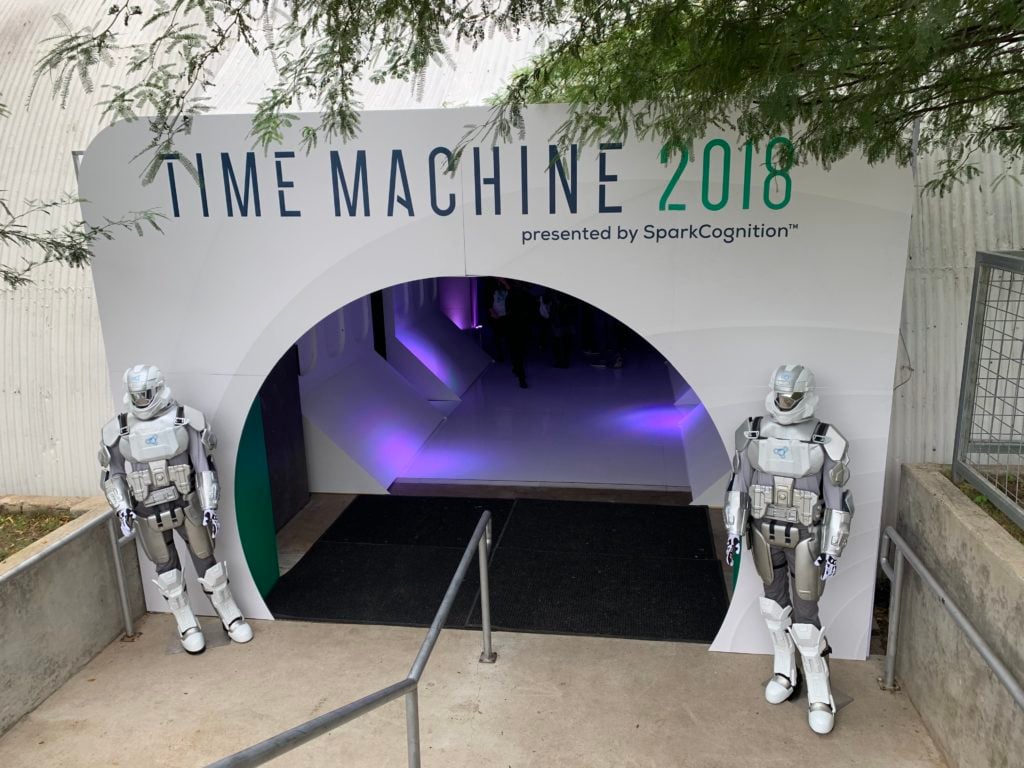 Dr. Heather Berlin, Professor of Psychiatry for the Icahn School of Medicine at Mount Sinai, started us off with the audacious statement that, “The most fascinating piece of matter in the universe is the human brain.” She proved it to the audience as well, demonstrating how the intersection of technology and neurology is treating Parkinson’s disease and could soon lead to neural implants to enhance brain functions.

In a similar vein, Kim Jackson Ryan, Senior Human Systems Engineer at Draper, took to the stage to discuss another facet of human-machine cooperation: facilitating an appropriate level of trust between humans and machines. To avoid potentially dangerous mismatches between what the system does and what the user expects, she argued, we need to design systems that communicate how they arrive at decisions in a naturalistic fashion.

The next sessions were all about data, and how to use the data we have. Bryon Jacob, CTO and co-founder of data.world, laid out a path forward towards a semantically enriched version of the world wide web that could empower people to share understanding of data that is currently locked in the minds of subject matter experts. Google Cloud’s VP of Oil, Gas, and Energy, Darryl Willis, expounded on why data is “the new oil” for the energy industry, and that those who do not rapidly innovate ways to use their data will be left behind. And SparkCognition’s own Director of Product Management Keith Moore demonstrated how automated model building is enabling organizations to analyze data at any scale. 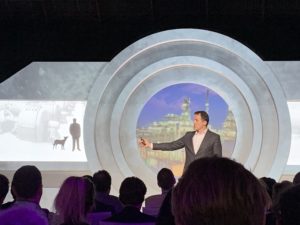 The autonomous power plant of the future was the next topic up to bat. Moderated by the Wall Street Journal’s Jennifer Strong, the President and CEO of Mitsubishi Hitachi Power Systems America, Paul Browning, explained exactly what the autonomous power plant looks like. This is a plant that will be able to independently operate and make decisions, detecting problems and scheduling maintenance without human intervention. Then Slavek Zaremba, SparkCognition’s CTO of Predictive Maintenance, showed the audience a demo of the technology behind that autonomous power plant.

Tom Jackson, the CEO and co-founder of Locus Insights, followed up with a fascinating discussion on the tension between personalization and privacy. One of the greatest challenges for businesses going forward, he explained, is that consumers crave personalized experiences but are unwilling to give up the personal data these experiences require. Jackson believes the answer to this quandary lies in eye gaze tracking, a powerful yet non-invasive tool for data collection. Then, Datagrama founder and Creative Director João Beira took attendees on a journey through the possibilities of light, merged physical and digital spaces, and neural networks for creating wholly new artistic experiences.

After lunch, some Mexican wedding cookies, and thematic stand-up from comedian Don McMillan, discussion turned to the creation of truly advanced AI and robotics. Explaining the challenges of replicating intelligence, rather than simple processing power, CEO and Head Scientist of Valkyrie AI Charlie Burgoyne proclaimed that “We are facing the last true frontier.” To truly advance the science of AI, he argued, we need to focus less on questions of software and hardware, and more on creating a model of the nature of intelligence. He was followed by Dr. Scott Niekum, Director of UT Austin’s Personal Autonomous Robotics Lab, who showed the audience how his research is focused on creating robots that can learn interactively, to become the complex systems we desire in our homes and workplaces.

The final topic of the day was the implications of AI for national defense and international relations. Four authors of the recent book “Hyperwar: Conflict and Competition in the Modern Era”—Amir Husain, Founder and CEO of SparkCognition; Wendy R. Anderson, SparkCognition’s General Manager of Defense and National Security; Dr. Bruce Porter, SparkCognition’s Chief Science Officer; and August Cole, our Creative Foresight—held a roundtable discussion on the use of AI in warfare, and how to prepare for this eventuality. As Anderson said, “We need to widen the aperture on that conversation, to start not from the default fear and anxiety, but from the basic premise that the technology is not inherently good or bad.”

The next panel, also moderated by Strong, featured veterans of the Department of Defense: Colonel Jennifer Sovada of the United States Air Force, Zach Walker of the DIU, and Josh Marcuse of the Defense Innovation Board. Together, they discussed the changes that need to happen to foster technological cooperation between the public and private sectors.

Finally, Admiral Bobby Inman told the audience about his own history in leading positions in the CIA and NSA, before being joined on stage by Husain and David Ignatius from the Washington Post. They hashed out the state of the global AI race, explaining why China is pulling ahead of the U.S. and what we need to do to avoid falling behind.

All in all, it was a day that left attendees with plenty of food for thought (and for the belly, in the form of hor d’oeuvres at the evening reception). Ready for day two? We know we are!