As the oil and gas industry becomes more competitive and unpredictable, companies are actively seeking innovative approaches to be more efficient through the streamlining of production, reducing costs, and improving worker safety, among other things. Many executives are looking to digitization to insulate themselves from market shocks, remain profitable at lower oil prices, and generate competitive advantage during recovery. The path forward lies in leveraging artificial intelligence (AI) and machine learning-based technologies that are maturing quickly and being adopted across the value chain. Countless industries have discovered the benefits of these emerging technologies, and thus we will continue to see more AI applications developed in the future.

But AI isn’t just a buzzword or a shiny new technology. It’s a necessary collection of tools that will put you on the path to success in meeting your transformational goals. But you don’t need to take our word for it.  Instead, let’s examine real-world AI applications in the oil and gas industry. 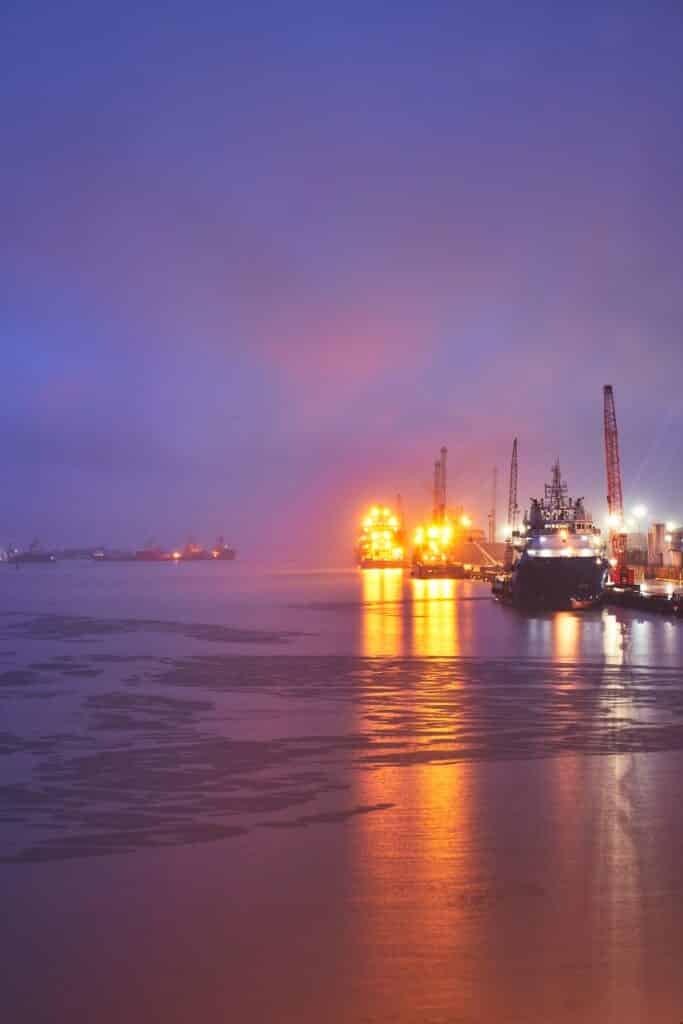 Oil and gas companies must collect and study a substantial amount of data before and after drilling into the Earth. To boost efficiency in day-to-day operations, they need to be able to solve complex exploration and production problems before they end up wasting loads of money on drilling into an unproductive well. Total S.A., an oil and gas company based in France, partnered with Google Cloud in 2018 to jointly develop AI solutions that optimize subsurface data analysis for exploration and production.

Wind the clock back a couple of decades and you’ll learn that Total isn’t new to implementing AI. The company started applying AI and machine learning algorithms to characterize oil and gas fields back in the 1990s. Jump forward to 2013 and you’ll see that they implemented predictive maintenance technology for turbines, pumps, and compressors, resulting in savings of several hundred million dollars. Now they’re taking it to the next level with Google Cloud. Together, their technologies will make it possible to interpret subsurface images from seismic studies using computer vision technology. In addition, their AI solutions will automate the analysis of technical documents using natural language processing. Altogether, these solutions will allow Total to explore and assess oil and gas fields much faster and more effectively.

Everyone knows ExxonMobil as one of the leading oil and gas giants. They also invest their money into pretty cool AI projects. In 2016, the industry titan teamed up with the Massachusetts Institute of Technology (MIT) to design AI robots for ocean exploration. Brian Williams, an MIT professor and a core designer of the software for NASA’s Mars Curiosity Rover, is one of the key members of this deep-sea initiative, further adding to the cool factor.

More specifically, ExxonMobil plans to use this deep-sea AI robot to boost its natural seep detection capabilities. According to the National Oceanic and Atmospheric Administration, naturally occurring oil seeps from the seafloor are the largest source of oil entering the world’s oceans, accounting for nearly half of the oil released into the ocean environment every year. ExxonMobil’s AI-powered robots will be able to detect these oil seeps in order to greatly reduce exploration risk and lessen harm to marine life.

Shell is yet another industry titan doing exciting things with AI applications. This time around, Shell is adopting reinforcement learning to control its drilling equipment, essentially using a reward system based on the AI’s choices. For example, a machine learning model is trained on historical data from Shell’s extensive drilling records, as well as simulations to steer the drill into the subsurface. It also takes into account data from seismic surveys, temperature, pressure, and other data points from the drill bit. Then the geosteerer, or the person operating the drilling machine (cool job title, right?) can provide input via reward or penalty functions to help the machinery adapt to changing subsurface conditions. This helps the geosteerer to better understand the environment they’re working in, leading to faster, more accurate results and less damage to machinery.

Innovation doesn’t stop there, though. Shell is always looking for big ideas to push the boundaries of what’s possible in the oil and gas industry. Through their Shell GameChanger initiative, the company regularly makes calls for AI proposals focused on machine learning from both individuals and startups all over the globe. Whether it’s investing in these ideas or straight up collaborating on a project, Shell is leading the way to help solve some of the industry’s greatest challenges. 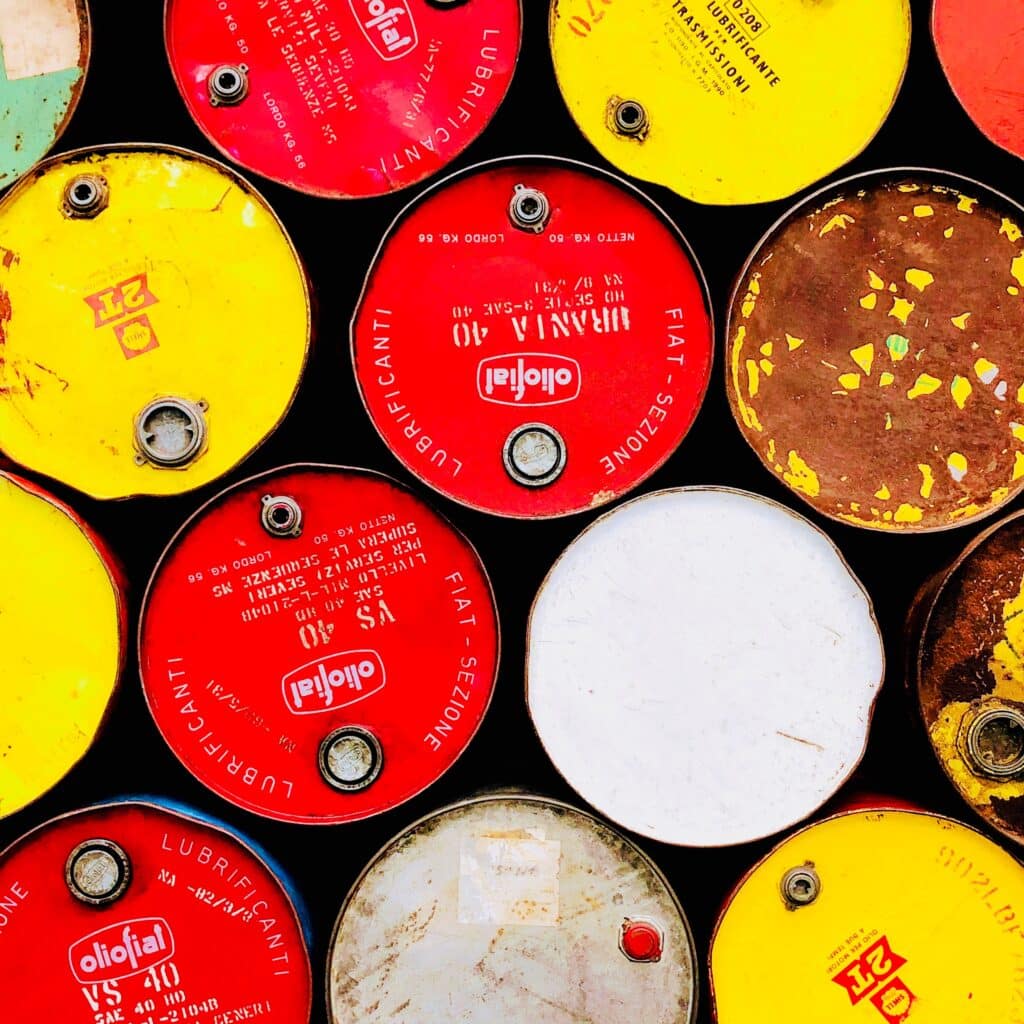 Unplanned downtime can be a costly nightmare for offshore oil and gas platforms—to the tune of $2-3 million in a single day for catastrophic asset failures. Too many companies rely on outdated methods, prompting some to emphasize data and analytics to make maintenance decisions. Aker BP, an independent upstream oil and gas company in Norway, partnered with SparkCognition to deploy an AI-powered predictive maintenance solution to their unmanned Tambar platform, where a significant amount of unplanned downtime is driven by problems with a critical multi-phase pump.

SparkCognition developed and deployed a normal behavior model of the multi-phase pump into its AI-powered predictive maintenance software, which then alerted deviations from normal subsystem behavior. Over a period of six months, the AI software alerted Aker BP operators and SMEs to a potential multi-phase pump trip caused by a failing seal, of which previous failures resulted in over $10 million in lost production. Aker BP and SparkCognition were able to prevent pump failure, increasing production by hundreds of thousands of dollars for each day of downtime avoided.

Learn why machine learning is the future of predictive maintenance.

Like any other industry, oil and gas is facing a rapidly changing technology landscape that requires artificial intelligence and machine learning to cultivate success. While we’ve only highlighted four real-world AI applications in the sector, there are many more success stories for oil and gas companies all over the globe. And as we mentioned in the beginning, with a substantial increase in companies realizing the benefits of AI will bring an influx of advanced AI applications to solve some of the industry’s most pressing problems.

Ready to start your AI journey?

We build AI solutions that unearth the insights living within our customers’ data.

While others speculate and chase hype, we’re motivated by what’s proven, scalable, and impactful.

Get in touch with us by submitting this form.