AUSTIN, Texas, July 1, 2019 /PRNewswire/ — SparkCognition announced that Secretary Robert O. Work, former U.S. Deputy Secretary of Defense and Distinguished Senior Fellow for Defense and National Security at the Center for a New American Security (CNAS), has joined the company’s Advisory Board. As one of the nation’s leading thinkers in national security, Secretary Work will bring his extensive knowledge and experience to provide strategic advice to SparkCognition, a global artificial intelligence (AI) company with many customers in defense and government.

“Secretary Work possesses a developed and detailed understanding of our national security and the long-term needs of our national defense,” said Amir Husain, Founder and CEO of SparkCognition. “While he has long been a friend, we are proud to formally have him join our Advisory Board. He will help us advance our thinking on the cutting-edge uses of AI for national security and will further refine our concept of Hyperwar.”

As SparkCognition advances its business further into the defense sector and accelerates the Department of Defense’s (DoD) technological readiness, this new appointment expands SparkCognition’s roster of former military and DoD leaders on its Governing and Advisory Boards. Secretary Work joins General John Allen, a retired United States Marine Corps four-star General who has served on the company’s board for the past few years. Secretary Work’s appointment reinforces SparkCognition’s commitment to building expert teams for each industry.

“Artificial intelligence is at the forefront of our national security, and while AI and technology develops at rapid speeds, it is imperative that the Department of Defense work with technology leaders to maintain its leadership position on the global stage,” said Secretary Work. “I look forward to working with SparkCognition to help bridge the relationship between the DoD and this company, which is dedicated to educating DoD members on the technologies that will shape our future–and providing them with cutting edge warfighting capabilities.”

Secretary Work has collaborated with SparkCognition leadership in the past by contributing to “Hyperwar: Conflict and Competition in the AI Century,” a collection of essays written by leaders in defense and emerging technology to address the current and future role of artificial intelligence in warfare.

Appointed as Undersecretary of the Navy by President Barack Obama in 2009, Secretary Work served until 2013 when the Center for a New American Security (CNAS) announced he would come on board as their CEO. In 2014, President Obama appointed Secretary Work to the office of Deputy Secretary of Defense, where he was awarded the DoD’s Distinguished Public Service Award twice. He is well known for his work with Chuck Hagel, Ash Carter, Jim Mattis, and other leaders in the DoD to author the “Third Offset Strategy,” which aimed to restore U.S. conventional overmatch over its strategic rivals and adversaries.

To learn more about SparkCognition’s work in defense and national security, visit https://www.sparkcognition.com/industry/defense/

About SparkCognition:
With award-winning machine learning technology, a multinational footprint, and expert teams focused on defense, IIoT, and finance, SparkCognition builds artificial intelligence systems to advance the most important interests of society. Our customers are trusted with protecting and advancing lives, infrastructure, and financial systems across the globe. They turn to SparkCognition to help them analyze complex data, empower decision making, and transform human and industrial productivity. With our leading edge artificial intelligence platforms, our clients can adapt to a rapidly changing digital landscape and accelerate their business strategies. Learn more about SparkCognition’s AI applications and why we’ve been featured in CNBC’s 2017 Disruptor 50, and recognized three years in a row on CB Insights AI 100, by visiting www.sparkcognition.com.

Secretary Work previously served as the Deputy Secretary of Defense, where he was responsible for overseeing the day-to-day business of the Pentagon and developing the Department’s $600 billion defense program. He is widely credited for his work with leaders in the Department and the intelligence community on the “Third Offset Strategy,” which aimed to restore U.S. conventional overmatch over its strategic rivals and adversaries. He was twice awarded the DoD’s Distinguished Public Service Award, and has also received the National Intelligence Distinguished Public Service Award, and the Chairman of the Joint Chiefs of Staff Joint Distinguished Civilian Service Award.

Prior to serving as Deputy Secretary, Secretary Work spent one year as CEO of the CNAS, after serving as Undersecretary of the Navy from 2009–2013 in the first Obama administration. He was twice awarded the Department of the Navy’s Distinguished Civilian Service Award, and spent 27 years on active duty in the U.S. Marine Corps. 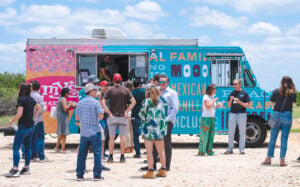 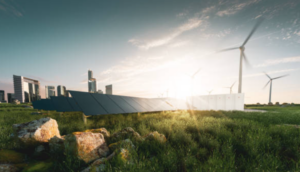 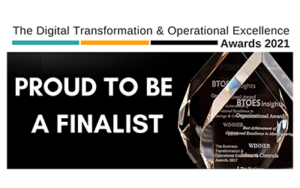